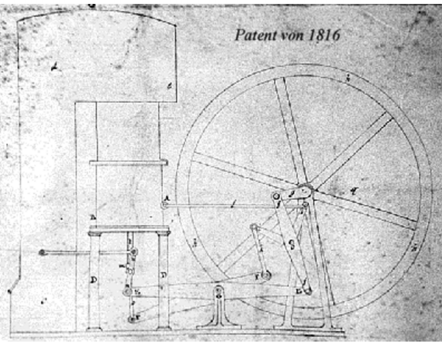 In 1816 The Heat Economizer (also known as The Regenerator) was patented by Scottish reverend, Dr. Robert Stirling (1790-1878) . This was a motive power engine which worked on low fuel consumption in contrast to the current technology of steam. The engine was also safer than steam engines which were in their early days susceptible to explosions.